This is my favorite album from Mariah and DRAMATIC is a great word to describe this album. The songs go from romantic to fierce to sad .. there's songs for different feelings in this album whether in love with someone, angry at someone or even missing someone .. that's what I love about the album how the songs are so relatable and Mariah's singing is at it's best in this album too. Songs such as Prisoner and You Need Me are both fierce but I love the growling vocals and the fierce lyrics and Alone in Love is sad but she sang it beautifully.


This perfume is not her best, but it's better than S Kiss that's for sure. I've so far liked every Shakira fragrance I've had but I'd say S is still my top favorite and this is second best after S and so far S Kiss is the worst. I don't hate the S Kiss fragrance, it's nice but no big deal. I like the bottle to this fragrance too .. it reminds me of Shakira dancing.


I actually don't like this fragrance from Shakira that much. The best thing about this product is only the bottle and red pom pom but not the actual scent. I don't mean I dislike it but I wasn't that impressed with the scent. I like the original S perfume more than this one. Still, it's not an awful product. I don't mind wasting this perfume as it's not that nice. This review is kind of negative compared to my other reviews but nevermind, I don't care.


I don't love this product just because it's from Shakira, yes it's obvious I am a Shakira fan but would not say I love the fragrance just because it's her's .. I love the actual scent and the bottle and that's the reason that the perfume is a 10 out of 10, the gold top is very pretty. I love the unique bottle too because it has no lid but instead has another feature to stop the perfume from spraying out. It's without a doubt one of the BEST fragrances I have smelt and my mom loves it too. It's my fave perfume from Shakira at the moment.

According to what I have read it was released in 2010, I guess I was missing out for many years. The fragrance is also kind of strong for an EDT fragrance, I like that too and it's also addictive. I spray it on me when I don't exactly need to at times. I do highly recommend it. I absolutely LOVE this fragrance. ♡♡


Easily one of her best albums. Her distinct unique voice really stands out in this album and I like that. The cover and artwork are stunning and the songs are great. I like all the songs in this album. I could even say that this album is perfect.


Despite not being officially released. This is a very good album and the songs sound very 80s despite the fact that it was released in Colombia in 1991. I think if I didn't know that this is a 90s album I would have thought that it's an 80s album. Shakira's voice sounds very different on this album too. She sounds unrecognizable without a doubt in this album but in Peligro however (her second album) her unique deep singing voice sometimes stands out. That is something I love about Shakira is her unique recognizable voice. I love unique and Shakira is very unique. Too bad this album wasn't released properly like Peligro but the good news is that this album can be heard on YouTube just like her 1993 album Peligro.

The Style Diary of a Bollywood Diva review


I absolutely love this book. Unlike most books most of the pages are coloured in pink both light pink and hot pink which makes the book even more feminine and pretty. The pages are made of high quality paper and when wet can just be wiped dry. This book in general is Kareena Kapoor's advice on things like beauty, what things to wear and even health. There's also nice photos of Kareena herself in this book which is a plus and my favourite part of the book is the Sex Appeal part when she is talking about sexy lingerie. I'm that obsessed with this book that I even take it out with me to other places. This book is a MUST for fans of the beautiful Kareena Kapoor.


2016 was the year Peligro first blessed my ears, this album is SO great and I am so thankful I got to hear it in my life. Shakira didn't officially release this album so it's thanks to the Internet that I actually got to hear the full album, if the Internet never existed I would of never of heard it due to Shakira's MISTAKE of not releasing it worldwide and because of that reason, this album is very obscure and it shouldn't be and more people have access to it anyway because the whole album has leaked on YouTube so it's not that hidden anymore which is good. This album literally gets a 10/10 from me because I enjoy every song, I do have favourites of course, the first track Eres is definitely one of my faves, then I'd say Tú Serás La Historia De Mi Vida (yes this is a Spanish record) then the song after which is Peligro which never used to be a favourite but became a favourite over time. Quince Años is another fave and Quince Años makes me feel emotional for some reason, it's not exactly a sadsong but it makes me feel kind of teary sometimes when I hear or even think ofthe song. Then last but not least is the track 1968 which is the final track and I really like this song too. Little did Shakira know that later on the Internet would exist and Magia and Peligro won't be obscure so it was pointless of her not to promote it just because she had a problem with them. I love Magia too. Anyway my point is it's good that the 2 albums are now more accessible.

In terms of sound I think this album sounds very 90s since it's from 1993. Shakira's debut Magia sounded very 80s but was from 1991. Peligro is in fact made out to be such a terrible album, Shakira herself refused to officially release it and it flopped. But I personally ♥ it and can't understand all the hate towards it. Peligro is without a doubt very UNDERRATED. For me, I think it is one of her best albums.

View all of Fae Tae's friends

1 week, 5 days ago
Fae Tae voted for an image

2 weeks, 5 days ago
Fae Tae posted a comment on this image 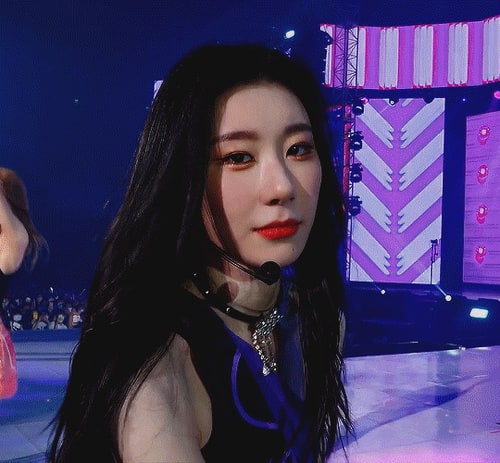 rickterenzi
Posted: 2 months ago at Nov 28 22:32
Thank you for your latest votes!